The TMX is Thrustmaster's entry level Xbox licensed racing wheel. But does it knock the Logitech G920 off top spot when it comes to the best budget racing wheel. We find out in this detailed review! 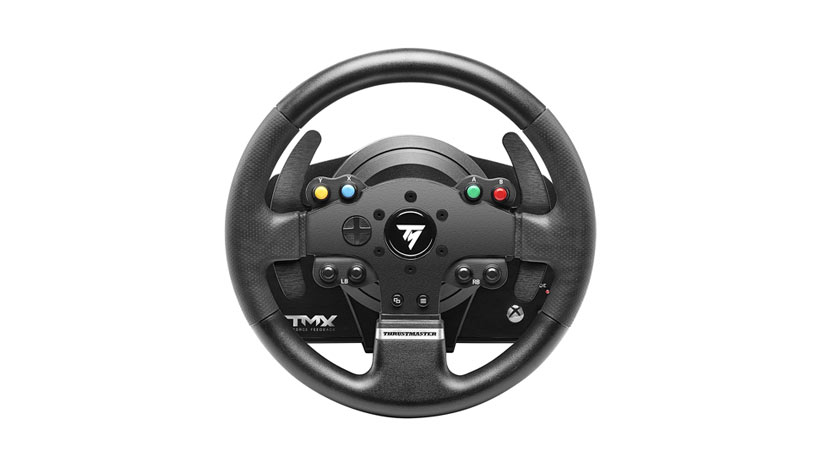 What is the Thrustmaster TMX?

T150, TMX, T300… It can be hard to decipher which Thrustmaster racing wheel is best suited for you. To clear up all of the potential confusion. The TMX is Thrustmaster’s budget racing wheel, designed to be used on Xbox consoles.

This is essentially the exact same racing wheel as the T150. The main difference is that the T150 is designed for PlayStation consoles, and wont work on Xbox. If you’re an Xbox gamer, you will want to opt for the Thrustmaster TMX.

It is common practice across the sim racing community to have a different racing wheel for each console. This is how wheel manufacturers get around the different security and system architecture in both the Xbox and PlayStation consoles.

In comparison, Logitech have the G29 for PS4, and G920 for Xbox One & Series X. And premium wheel manufacturer Fanatec, also have console specific racing wheels for each console.

What is different between the Thrustmaster TMX & T150?

What is different? Not much really. Both racing wheels work exactly the same on PC, and almost all of the internals are exactly the same in both wheels. The main differences come in the appearance of the steering wheels themselves. 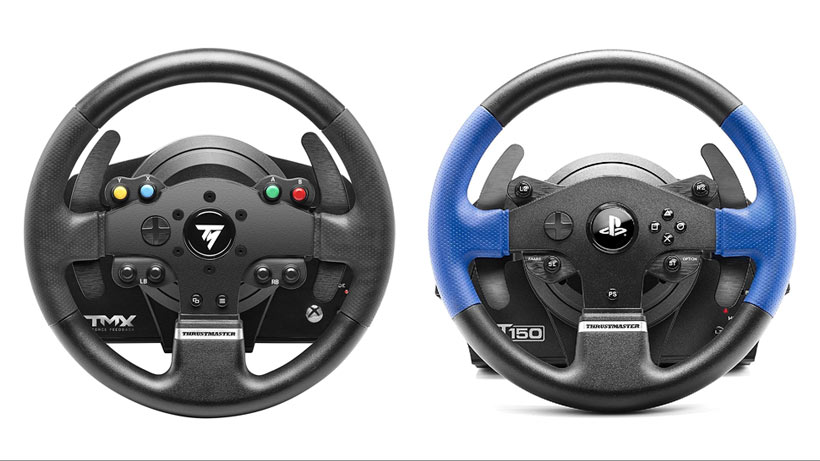 You will clearly see when you look at both the TMX and T150 side by side, that the button configuration is different. Each wheel caters for its compatible console. With the TMX rocking the classic A, B, X & Y buttons, and T150 going for the PlayStation square, circle, triangle etc.

In our opinion, the TMX steering wheel looks a little classier than the wheel on the T150. This is solely due to the PlayStation blue hand grips on the T150. We much prefer the all black, more realistic leather on the TMX.

Both racing wheels are the same diameter, and both feel almost identical in your hand. This is also due to the force feedback, which is identical across both wheel bases.

How does the TMX feel?

On first impressions the TMX looks OK for a budget racing wheel. You certainly wont find anything too flashy here, as it has been designed to do its job and that is about it.

If you are just looking at the racing wheel itself, it can look a little dated due to it’s design. It’s very simply, and the steering wheel doesn’t have much design flair at all.

Compared to the Logitech G29, which is its main competition. The G920 has a much more modern feel to it. It incorporates nicer leather around the wheel compared to the partial plastic and rubber wheel of the TMX. And the metal wheel body is much more contoured and sleek.

Overall the Logitech G920 looks much nicer, and feel nicer in the hand.

The TMX comes equipped with two paddle shifters, just like most racing wheels. These feel reasonably responsive to use. The click when you perform a shift isn’t massively satisfying but it worked well enough for us.

How good does the TMX perform?

So lets get to the real meat of this review, and check out how well the TMX performs in game. Firstly, due to this wheel being designed specifically for Xbox consoles. All of the button inputs work perfectly, both while driving and in the menu.

There is a built in D-Pad making it very easy to flick through the menus before jumping in to a race. And you will have no need to switch between a controller and the wheel.

Once you are actually racing, you will start to notice the belt driven force feedback in all of its glory. If you have ever driven with a Logitech G29 racing wheel, you will notice how noisy that wheel is. Driving with the TMX is a completely different story.

The Thrustmaster TMX is very quiet when you are driving, and that is due to the smooth belt that transfers the force feedback.

Not only is it quiet, the force feedback detail is very smooth. In the Logitech G29 you can feel the gears grinding which can make you saw at the wheel in an unnatural way.

The TMX doesn’t suffer from this problem in the slightest and the force feedback feels fairly natural.

You certainly wouldn’t want to race with this racing wheel for too many years, if you are serious about sim racing. But as a first route in to the world of sim racing, it is more than adequate.

The included pedals are one of the TMX’s biggest weaknesses. They are built entirely from plastic giving them a cheap look and feel. But besides the build quality, these pedals simply lack the great feeling a pedal set should have. 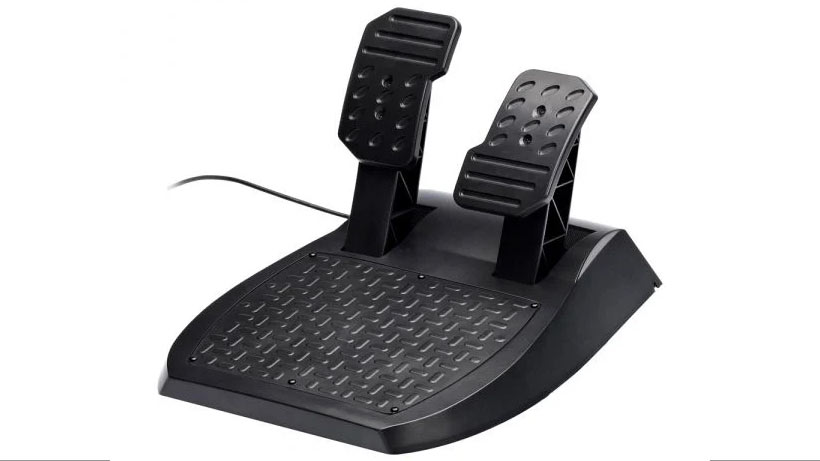 There is a good amount of resistance to both the brake and throttle, but neither emulate a real road car particularly well. Then there is the lack of the third clutch pedal, meaning you can’t really use the shifter add-on.

These pedals will do for the first few months while you are getting used to driving with a racing wheel. But we would certainly recommend upgrading to the T3PA-Pro pedals pretty sharpish!

The great thing about having a racing wheel which is designed for a specific console, is that it just works! As soon as you connect your wheel to your console via the USB cable. It will pop up in every supported racing game that you play. It is simply plug and play. Perfect.

As well as perfect compatibility with Xbox One, the TMX racing wheel also works with the whole range of Thrustmaster peripherals. You can upgrade to the T3PA-Pro pedal set, which we would highly recommend!

Read our review of the Thrustmaster T3PA-Pro pedals to find out why they should be your first upgrade!

You can also connect the official Thrustmaster shifter for another level of immersion to your racing. Read our review of the Thrustmaster TH8A Shifter here.

How much is the Thrustmaster TMX?

So if you are looking for one of the cheapest force feedback racing wheels, there is good news. The Thrustmaster TMX and two pedal set comes in at under $200. Great right?

Well, as I just mentioned, this is the price for the two pedal set. This includes the racing wheel and a pretty basic, plastic two pedal add-on. Now this two pedal set isn’t great.

It performs… OK. You can obviously brake and accelerate with them in a more realistic manor than you can with a controller. But the brake pedal is a little lackluster, and there isn’t a third clutch pedal. So even if you bought a shifter for your sim rig, you couldn’t use it with this base set.

You can however, upgrade to the T3PA-Pro pedals. This is a full three pedal set, with a braking mod included for more realistic braking. This set is a must if you are a Thrustmaster racer!!

We can’t state how much of an improvement to immersion and gameplay this pedal add-on makes. For a full break down read our T3PA-Pro pedal review.

However, when you start adding on extra pedal upgrades, things tend to increase in price somewhat. So your budget wheel turns in to a not so budget racing wheel…

The racing wheel priced at around $180, plus the upgraded pedal set at around $150. And your budget racing wheel is now costing over $300. Coincidentally, this does bring it in line with the pricing of the Logitech G29/G920.

So for the same price you could have either the Logitech G920, or the Thrustmaster TMX with the T3PA-Pro pedals included. 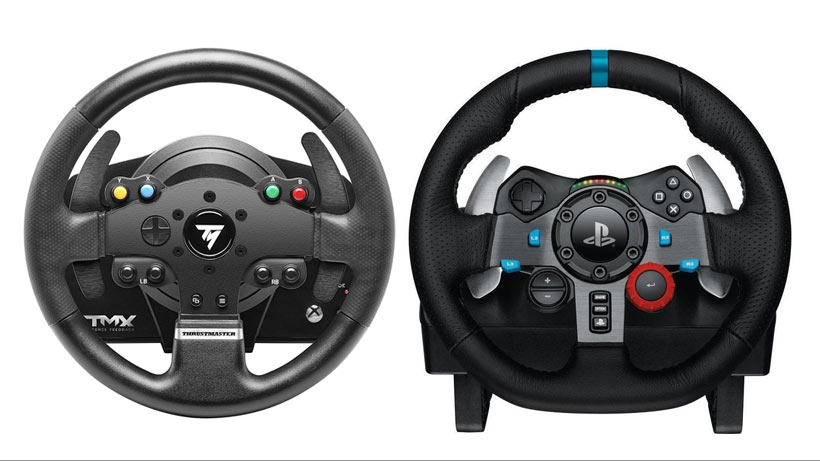 Should you buy a Thrustmaster TMX?

If you have never raced with a sim racing wheel before, the Thrustmaster TMX with its two pedal bundle is a great starting point. For under $200 you can buy this racing wheel, with pedals and be racing in no time.

However, if you are looking for a budget racing wheel to race competitively with, then you will need to add on the T3PA-Pro pedals. This brings the price up to around the $300 mark.

The TX is a better wheel in every way than this TMX. And it will save you the cost of upgrading down the line, at a slightly increased expense initially.

But back to the main question. Is the Thrustmaster TMX the best budget racing wheel, and should you buy it? It is quite possibly the best value racing wheel you can buy today. And for new sim racers, we would recommend picking this wheel bundle up. 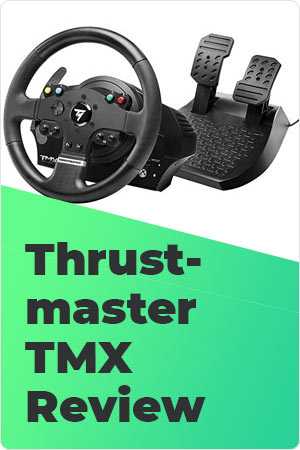 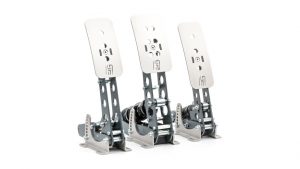 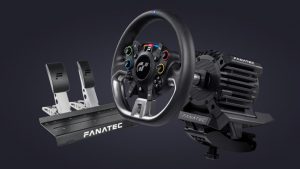 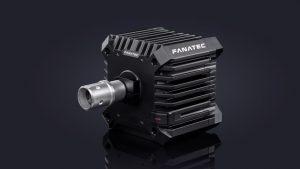